Leiden University turned 444 this year and to celebrate it is organising various activities to connect the university more with the city. One of these is a citizen science project in which researchers and residents carry out research together. Leiden University’s Citizen Science Lab, which is part of SciShops project, organised a public call for research questions and proposals in the city of Leiden and The Hague and received over 50 questions from citizens, civic organisations and researchers.

Science conducted by the public

The questions received ranged from whether the water quality of the city’s canals is good enough to swim in and what the effect of noise pollution is on health to why children with autism are more likely to drop out of regular education. As not every question needs to be answered via citizen science, the questions resulted in ten proposals for citizen science projects. A jury selected two projects which received funding from Leiden University and the Municipality of Leiden. One project will map the distribution and amount of plastics in the water in and around Leiden. The second will involve citizens in cognitive psychology research in a ‘psychology lab on wheels’. These are now being developed further with the help from the Citizen Science Lab.

The Lab is also trying to answer the other questions that they received with the help of researchers, students and partners, as well as through other initiatives like hackathons. The Lab aims not to do science for the public, but together with the public. Through the call for questions and by organising brainstorming sessions, the Lab is not only involving the public in data collection but also in other phases of research projects.

As citizen science is still relatively unknown amongst the public, the Lab organised a pop-up Citizen Science Lab during the Museum Night in Leiden in May. Visitors learned more about the various citizen science projects that are coordinated by researchers at Leiden University and Naturalis Biodiversity Center. These included collecting dead humblebees and identifying plants to discovering burial mounds on aerial imagery. Visitors also contributed to the new project on plastic pollution and shared their observations of plastic pollution on a big map of Leiden. 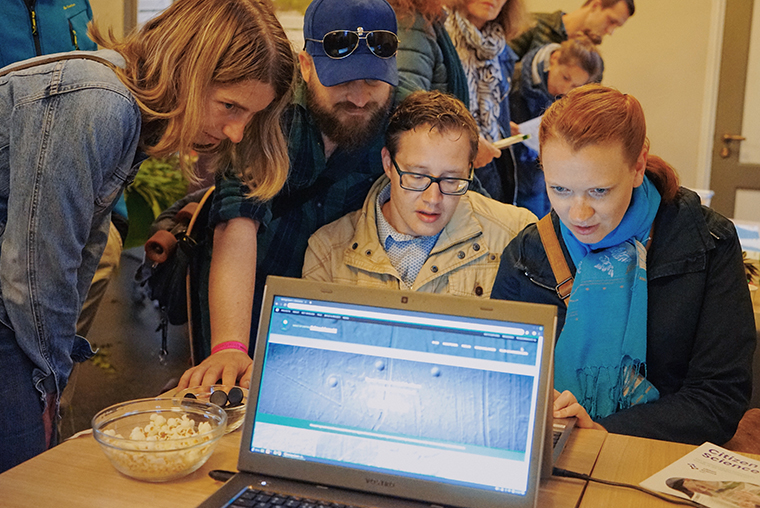 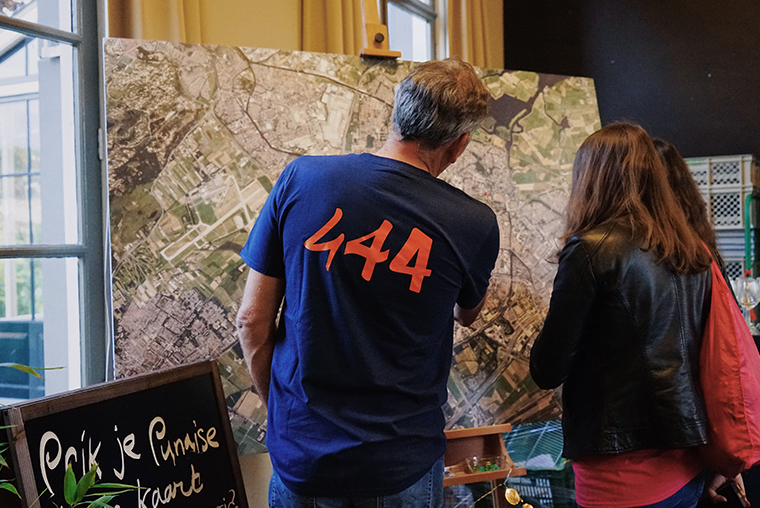 Visitors to the Museum Night in Leiden participated in Heritage Quest projects and shared their observations of plastic pollution in Leiden.

For the new project on plastic pollution, the Lab organised two co-creation events in June to brainstorm with different stakeholders. One event was the ‘Green Idea Cafe’, which is an existing monthly event in the centre of Leiden where residents can learn more about local green initiatives. The project team presented their ideas and afterwards visitors could brainstorm about different aspects of the project. Some visitors piloted the app that would be used for the project, others came up with interesting relevant questions and ways to reach specific target groups. One of the suggestions from the participants was to involve sports fishermen as they spend time at the waterside. Another suggestion was to create a list of top 10 tips for different organisations such as schools and universities on how to prevent plastic getting into the environment. 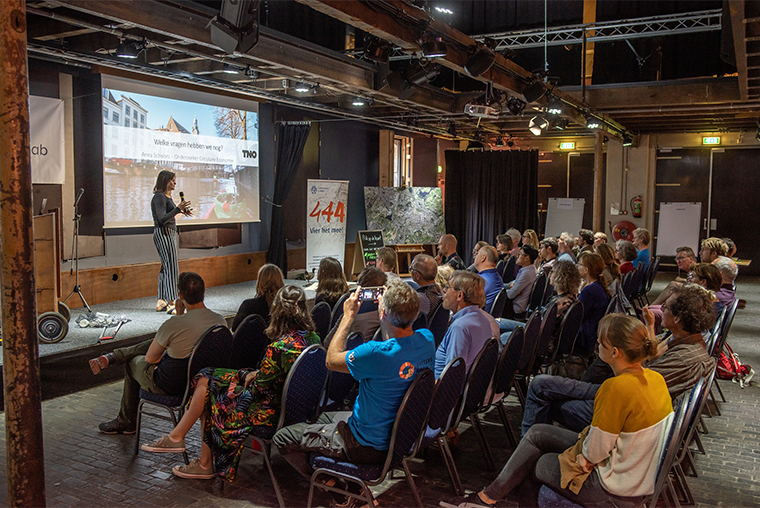 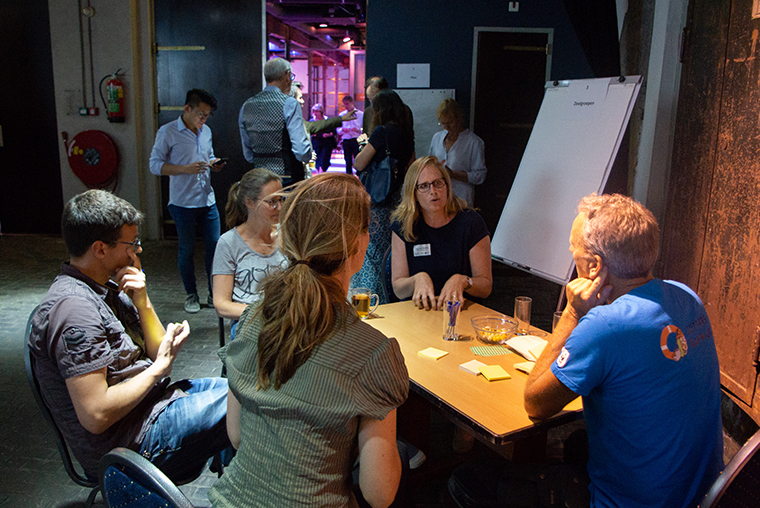 Presentations and brainstorming about the plastics citizen science project during the Green Idea Café in Leiden.

A second brainstorm was held with employees from the Municipality of Leiden. During this day the employees of the municipality could learn more about the projects that their organisation contributes to. The Lab organised two sessions, one focusing on the plastics project, the other one on citizen science in general. During the first session participants also brainstormed relevant questions for the project, how the outcomes could be relevant for the municipality and ways to engage with different target groups. One of their suggestions was to involve local restaurants, pubs and cafés by arranging a discount for people who contribute to the project. During the second session, participants learned more about citizen science and the work of the Lab and were able to participate in two projects – SnailSnap run by Naturalis Biodiversity Center and Heritage Quest run by Leiden University. 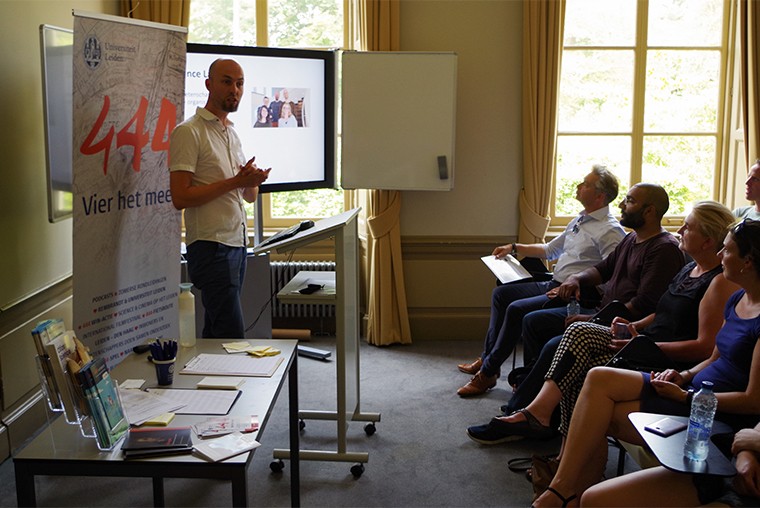 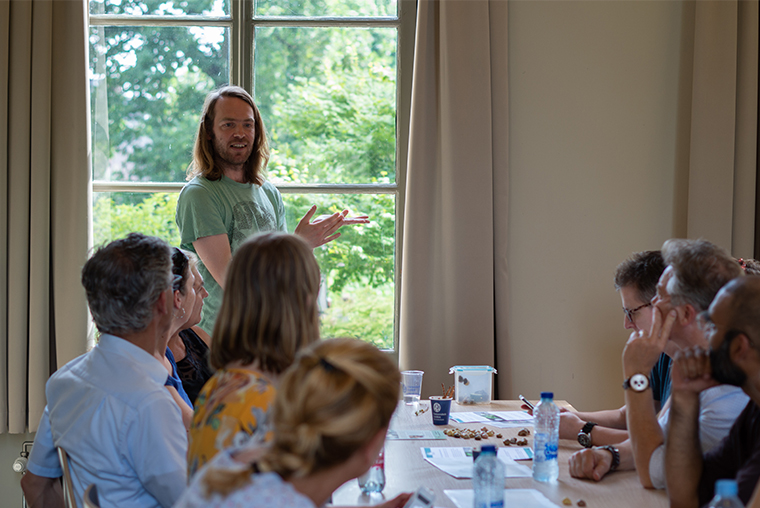 Presentations, brainstorming and training in citizen science for employees of the Municipality of Leiden.

Programming robots is fun – but unfortunately it is not available for many students. An easy-to use tool is being…
News

The effect of soil bacteria on the germination of seeds – future…

Meet the Team Interview with Liselotte Rambonnet from the University…