This is case study is part of a set of case studies developed by SciShops to investigate different models of science shops and community-based participatory research.

Share
The Living Lab for Health at the IrsiCaixa AIDS Research Institute in Spain carries out multi-stakeholder engagement processes such as community-based participatory research and educational programmes for health promotion and transformative change of the R&I system. All projects are co-developed with a wide range of different stakeholders. Established in 2012, it applies RRI (responsible research and innovation) methodologies to all its work.

The IrsiCaixa AIDS Research Institute was created as a private non-profit foundation in 1995 with the support of two founding partners, the La Caixa Foundation and the Department of Health of the Generalitat of Catalonia. It is a leading centre for research into the eradication of HIV/AIDS and related diseases.

In 2009, the institute set up a Community Advisory Committee, consisting of representatives from NGOs, research institutes, public institutions, hospitals as well as clinical trial participants and people living with HIV. The Committee’s role is to “provide scientific researchers with a broader and complementary perspective on the impact, consequences and feasibility of their research”.

Since its foundation, the research institute has conducted public engagement and education activities with the overall aim of increasing the social impact of their research. In 2012, the Living Lab was set up to develop these programmes and through subsequent involvement in the EU-funded RRI Tools project (2014-2016), the institute saw huge potential in adopting an RRI approach to bridge the gap between its research and implementation work and involve stakeholders in its agenda setting.

Taking inspiration from the RRI Toolkit as well as the Living Knowledge science shop and Living Labs models, which apply methodologies such as community-based participatory research, open innovation and participatory government, the Living Lab for Health model was further developed.

Its first project, Explore Health[1], involved more than 1000 high school students in Catalonia in developing a collective agenda of health needs. These were prioritised by participants and participatory projects have subsequently been developed around two of the topics that were ranked the highest: mental health and HIV.

The focus of Living Lab’s work is educational programmes and participatory programmes related to research and innovation, carried out with and for the community and with the aim of transformative change. It also regularly conducts training on RRI for external organisations and offers other consultancy services, such as workshops and courses. 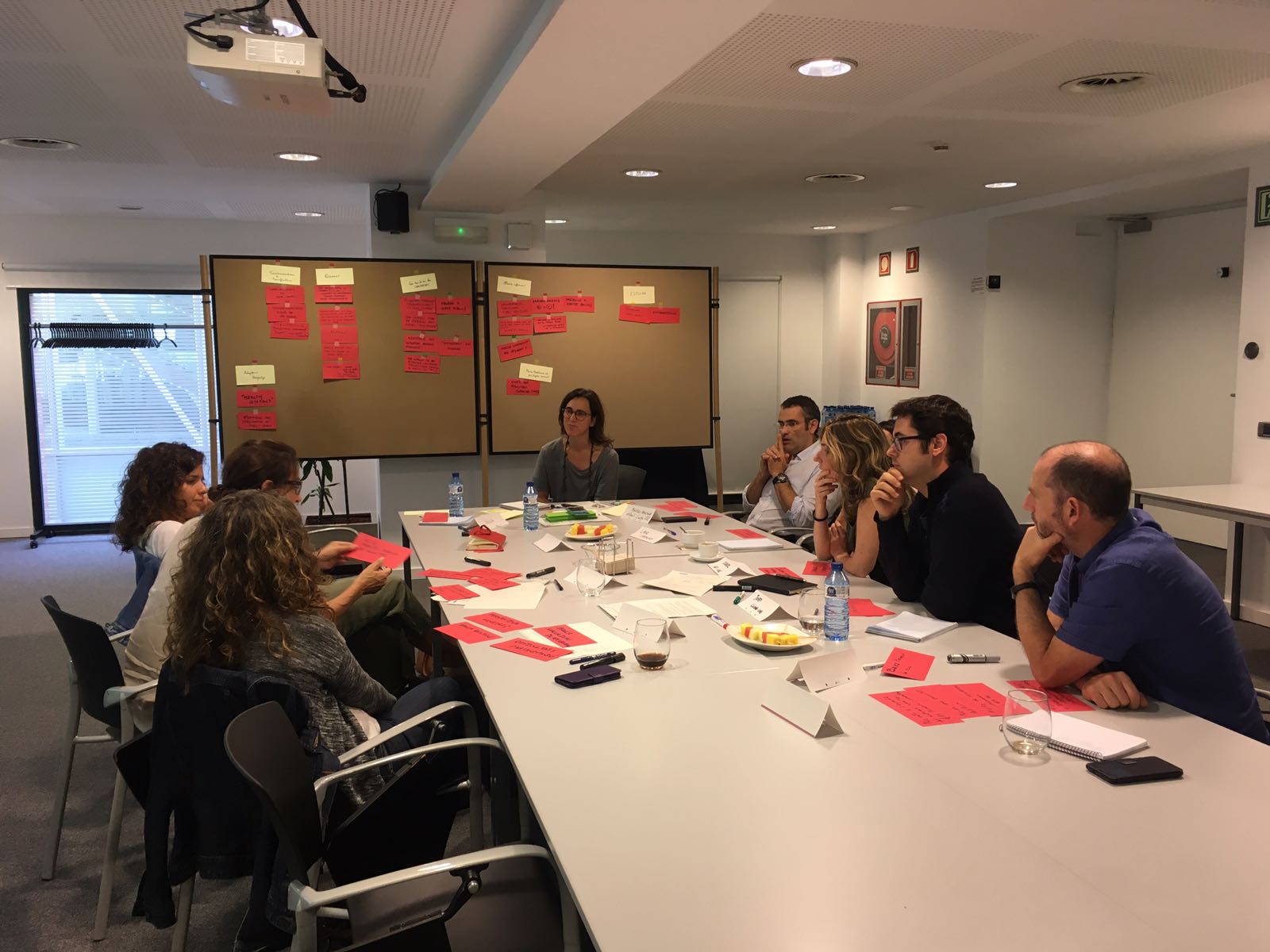 The research institute receives funding from the La Caixa Foundation and from the local government, private companies and competitive funds. The Living Lab is partly funded by the institute but its projects and part of its personnel rely on project grants. To date, this has mainly been in the form of EU-funded projects (such as Xplore Health, EnRRICH, RRI Tools and InSPIRES). Since European Commission funding of Xplore Health expired, this project has been funded by La Caixa Foundation.

Three members of staff have been working for the Living Lab for Health and a fourth joined the team in January 2018. One member of staff is fully funded by the research institute and has responsibility for scientific and media communication for the whole institute, not just the Living Lab.

Each year, the Living Lab employs around six Masters students as interns to work on its programmes, each supervised by a senior researcher. The Living Lab staff coordinate the overall programmes, facilitate workshops, and are responsible for communication activities and training. Experts in different fields are also involved in the projects, which include researchers from within the institute as well as external participants from stakeholder organisations, including NGOs, policy makers and schools.

The research process and relationship with stakeholders

The Living Lab for Health has adopted a whole RRI approach to its work, involving stakeholders in both agenda setting and implementation. Firstly, research and innovation (R&I) agendas are developed through consultation with a wide range of stakeholders. Then, community-based participatory research projects, based on these agendas, are subsequently developed.

The participatory and RRI methodology used partly depends on the nature of the project, its topic and timescale. Its focus is on co-creation and the development of a community of practice, in which all stakeholders are represented.

The RRI approach for an agenda setting project usually involves the following processes:

Identified priorities are then used to develop implementation projects. This involves identifying Masters students to respond to the priorities, working closely with relevant experts and stakeholders, as well as their supervisor, in order to develop the projects.

Each year, the Living Lab for Health also organises a big congress, where project results are shared. The congress acts as a key dissemination event and is usually attended by around 450 people such as students, policy makers, NGOs, researchers and healthcare providers. 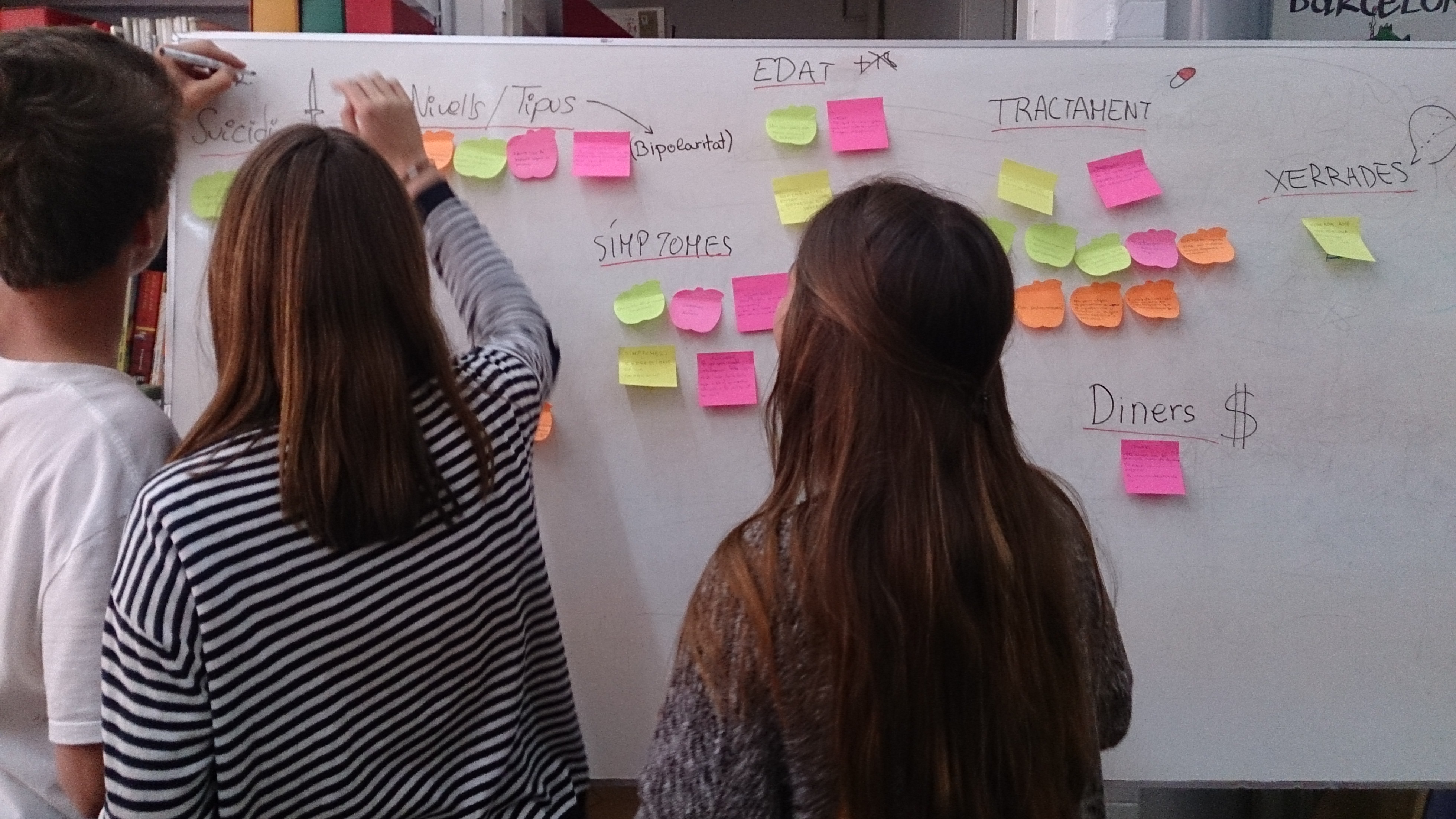 Co-ResponsHIVility is a research agenda-setting project on the prevention of HIV/AIDS, which was carried out during the academic year 2016-2017 in the framework of two European projects, Xplore Health and EnRRICH. More than 660 stakeholders have been involved in developing the research agenda. As a result of initial stakeholder discussions, a decision was made to work with stakeholders that are traditionally not involved in the R&I process, in this case, secondary school pupils.

The Living Lab for Health developed a programme of learning and empowerment for the schools, in which pupils had to analyse existing literature on HIV prevention, produce reports and interview experts. Results were shared between the schools and then pupils were invited to participate in the agenda-setting process in the same way as other stakeholder experts. Workshops were held with the various stakeholder groups to explore their specific needs and provide input into the agenda, followed by dialogue activities to elaborate the final agenda on priority lines of research.

Stakeholders engaged in the project include health care professionals, researchers, government policy makers, representatives of the HIV/AIDS community as well as the education community (over 650 secondary school students and teachers). Masters students in Communication and Teacher Training have been involved in the participation processes collaborating directly with all of the stakeholders.

Priorities have now been identified and a range of community based participatory research projects started in January 2018, led by Masters students.

The Healthy Minds (Sana Ment) project (2015 – 2016) was the Living Lab for Health’s first implementation project on the topic of mental health, run as part of the EU EnRRICH project. Its aim was to design and implement health interventions for, and with students, involving them in research and innovation projects. The project was run as a pilot involving 15 schools and was a collaboration between educators, pupils, researchers, patients associations and policy makers.

Stages of the project included:

Co-creation is at the heart of their programmes, which aim to create shared responsibility of the issues. They apply an iterative process, involving active participation of different stakeholders throughout all the stages and processes that follow RRI quality criteria[2].

Projects are interdisciplinary and they are particularly keen to work with stakeholders that are not traditionally involved in the research and innovation process, such as young people and citizens.

Educational programmes are designed to foster scientific knowledge and competencies, such as scientific reasoning and critical thinking. Science communication and creating dialogue with citizens is also a core part of their work.

Living Lab for Health also promotes RRI and Open Science through its training and outreach work at local, national and European levels.

All reports and outcomes produced by the Living Lab for Health are open access and freely available.

The Living Lab for Health actively evaluates its work on an on-going basis in order to analyse the effectiveness of the programmes, particularly in terms of the learning process and quality of the outputs. Evaluation is conducted each year by an intern from the University of Amsterdam.

For example, during the Healthy Minds project, a Masters student was responsible for evaluating the effectiveness of the learning and the empowerment stage of the project. This partly involved undertaking interviews with stakeholders. As part of the evaluation of the learning process, they were particularly keen to identify the competencies that the pupils gained from participation in the process, such as scientific reasoning, critical thinking, communication, collaboration, and reflection skills. Living Lab has subsequently developed an instrument to measure competences, which will be published in 2018.

They are also interested in understanding the transformative change that results from the project, which includes analysing the characteristics of the process, the learning and changes implemented in the participating institutions.

Adopting an RRI approach and associated methodologies has radically changed the way they have worked, allowing them to analyse and tackle complex problems. This holistic and interdisciplinary approach often produces results that could not be achieved using traditional methodologies. Further, it allows needs to be identified and new solutions to be developed that would otherwise not have been applied if the research had been undertaken in a linear way. By involving the community in the creation of solutions, the likelihood of these being successfully adopted significantly increases.

The use of innovative participatory methodologies has led to increased engagement from policy makers. For example, in the Healthy Minds project, one high-level policy maker decided to participate in the whole of the congress, appreciating the opportunity to listen to young people’s views on mental health issues. The results of the Healthy Minds project also came to the attention of the Head of Health in Catalonia due to its innovative approach.

The project process is designed not just to involve academic supervisors, but also to be a learning process that provides them (and the Masters students) with experience and skills in community-based research and RRI methodologies that they will hopefully use in the future. Thus the approach contributes to capacity building.

The Living Lab for Health invests a lot of time in delivering training on RRI and participatory research methodologies and tries to fulfil every request it receives from external organisations. They have seen a steady growth in demand for training from a wide range of organisations, including universities, hospitals, research institutes.

One of the main challenges is the sustainability of the Living Lab under its current funding model as it is heavily reliant on EU project grants. They are currently exploring new business models, such as finding a partner (e.g. a public institution) to work with and provide support to the structure.

Identifying appropriate Masters students to be involved can be a challenge and the Living Lab is keen to build a bigger platform of Master students that can be involved in their work. It can also be difficult to find appropriate academic supervisors for the students that have the right expertise, particularly as some research institutes require that the supervisor comes from the same institute.

Communication challenges can also arise when working with certain communities. For example, due to the stigma associated with the HIV community, it is important to tackle the issues in a way that does not exacerbate this stigma. In addition, different stakeholders talk about issues using different language, and facilitators need to ensure that no one gets affronted during discussions.

Not much evidence currently exists on the value and effectiveness of these new types of approaches and it can sometimes be difficult to convince people to participate in new project without this type of evidence. This is something that the Living Lab plans to research further with the help of an intern.

Living Lab is due to start work on a new EU-funded project on the theme of food. Despite being a research institute on HIV/AIDS, the sustainability of the Living Lab is dependent on extending its own remit to have a much broader health focus.

Work will continue on the HIV agenda and the implementation stage of Co-ResponsHIVility project, which will engage Masters students in implementation projects at community level.

Living Lab for Health plans to publish a number of scientific papers during 2018 relating to its methodologies.